My Husband's Obituary: The Life of Mark Robert Koepke 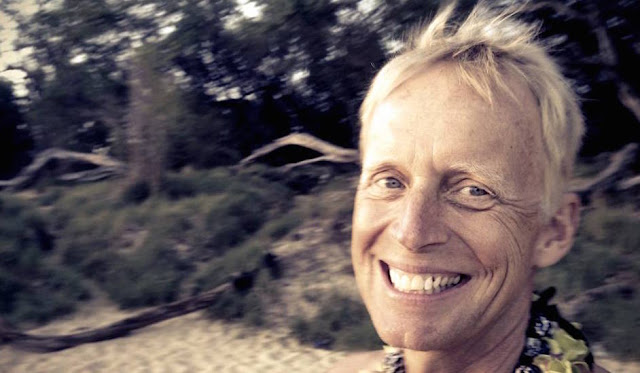 Mark was born on July 24, 1954 in Hackensack, New Jersey to Rev. Frank and Joan (Haltner) Koepke. When he was a year old, Mark’s parents and older sister, Deb, moved to Japan where Rev. Koepke was a Lutheran missionary. There, except for brief furloughs back home, the family lived for the next ten years, eventually being joined by brother Tim and sisters Sarah and Rebecca. Mark had many fond memories of his Japanese boyhood and was thrilled to visit Japan in the fall of 2013 after having been away almost 50 years.

In 1965, the family moved back to the States and Frank took a pastorship in Burlington, Iowa. There, Mark finished out his middle and early high school years before the family moved again in 1970 to Sandy, Oregon, where Mark graduated from high school in 1972. During the next eight years, Mark worked at a number of jobs and spent several years in college and in the Coast Guard.

In 1980, following his passion for skiing, Mark moved to Colorado. There, he worked for most of the 1980’s on the Copper Mountain Ski Patrol in the winter and as an EMT and paramedic in Denver the rest of the year. He finished off his undergraduate degree in 1988 at the University of Colorado-Denver and entered medical school that fall at age 34. He graduated in 1992 and completed an emergency medicine residency at Denver General Hospital.

Mark moved to Logan, Utah in 1996 to take his first job as an ER physician. Five years later, he and his first partner, Allen Hanberg, moved to Salt Lake City where he joined Utah Emergency Physicians. Mark retired from emergency medicine in April 2013 after receiving his diagnosis of metastatic cancer. He had also begun working for Intermountain Hospice in 2011, and he continued to work there part-time until his retirement in July 2014.

Mark was a lifelong skier and cyclist. He loved being in the mountains, especially skiing in the backcountry. He was known as well for spending long hours in the gym and, in the past few years, the yoga studio. He also enjoyed gardening and spent many, many hours creating the lovely yard at his home on Venus Circle in Holladay.

Mark was always a talented artist but decided while he was young not to try to make a career out of it. He lamented not having more time for his art during his working years; but after retiring due to his cancer, he found great pleasure in drawing and painting.

While not a religious person, Mark was a deeply spiritual and very sensitive man. Always thoughtful and a seeker of truth, he had turned more seriously during the last eight years or so to living a life of contemplation, meditation and – most of all – love and compassion. The day Mark was enrolled in hospice in February, he sent an email to his family in which he said, among other things, that, “my body will fail, but my energy of love and compassion will continue to contribute to the universe.” It did, and it does.

Mark is survived by his husband, Joseph, with whom he shared 4-1/2 glorious years, and by Joseph’s children, who had become his own: Sarah (Dave) Delong (and their two children, Lizzie and Johnnie), Adam, Hannah (Cary) Stewart (and their daughter, Hazel), Rachel, Micah, Nathan, Aaron, Esther, Levi and Annie. Mark deeply loved the children, and they in turn loved him. "He touched our lives in a deep way," Sarah wrote on behalf of them all, "and we will all grow into better people because of him."

Mark is also survived by his mother, Joan (his father Frank having predeceased him), his uncle Robert (Jean) Koepke, and by four loving siblings: Debbie (Neil) Zeller, Tim (Marie) Koepke, Sarah Hoffman and Rebecca (Rick) Arnold. Mark loved them and each of their children: Paul, David, Rachel and Sarah Zeller; Marina and Sophia Koepke; Megan and Michael Hoffman; and Andrew, Rachel, Elizabeth and John Arnold. One of the joys of Mark’s last years was the time he was able to spend with his siblings, nieces, nephews and a growing generation of grandnieces and grandnephews. Theirs was truly a circle of love, and Joseph felt privileged to be a part of it.

Mark also leaves behind many, many friends, coworkers and associates from a life well-lived who shall always remember him.


"We feel his love and grace, and through our tears
see his exuberant spirit and kindness.
What a privilege to have known him." 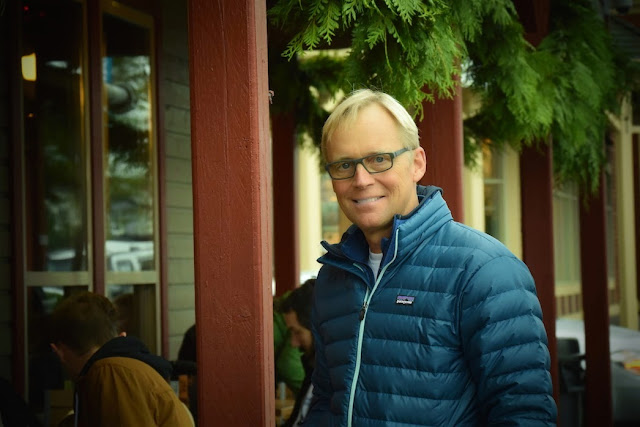 Mark's Memorial Service will be held at 1:00 on Monday, March 21st at Holladay United Church of Christ at 2631 Murray-Holladay Boulevard in Holladay, Utah. The public is welcome. Anyone who wishes may make a donation in his memory to Huntsman Cancer Institute.
Posted by Joseph Broom at 6:42 AM

Email ThisBlogThis!Share to TwitterShare to FacebookShare to Pinterest
Labels: Mark