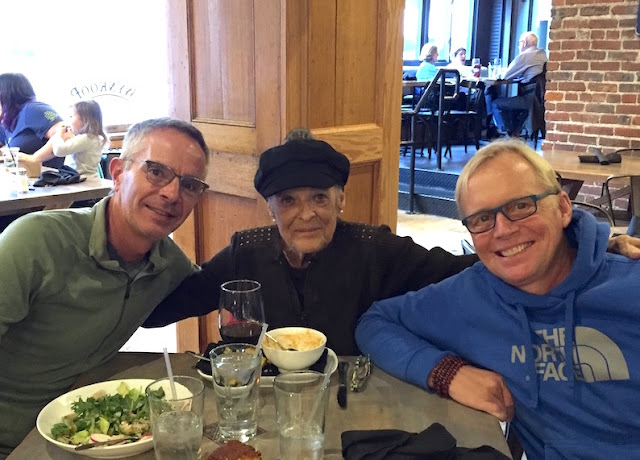 One of the reasons I used to blog as much as I did was because of Phyllis. She was residency secretary when Mark was doing his ER residency in Denver twenty-five years ago, and the two of them had maintained somewhat of a friendship and correspondence over the years - a relationship that was renewed more strongly shortly before Mark and I met.

I eventually met Phyllis (pictured above) as well, and she added me to her list of correspondents (she lived in Denver). A divorced woman with no children, her residency doctors and some of their significant others became her "children." I was one of those. A woman of keen wit and observation, her emails almost always elicited a laugh. (Example: I wrote her in late December that I was considering giving up gin for January. Her response: "Don't give up boozing until February; it's a shorter month.")

Phyllis immediately fell in love with my blog and regularly encouraged me to keep writing and sharing. She particularly loved it when I would write about and share pictures from the travels that Mark and I enjoyed over the time we were together. In fact, many of my posts would not have been published but for the knowledge that she would read and enjoy them.

I - as well as all the many who knew and loved her - recently lost Phyllis. She had been diagnosed with cancer about 18 months after Mark was. As their respective diseases progressed, they would share observations on life and on death, on happiness and sadness, on meaning and meaninglessness. Unlike Mark, Phyllis underwent chemotherapy and various other treatments. About six months ago, she took another turn for the worse. I would write to her and not hear from her for some time. Eventually, I would rattle her chain again and she would respond, apologizing but explaining that she wanted to spare me the gory details. "You've had enough sadness in your life of late, Dear," she would write. "You don't need any more." 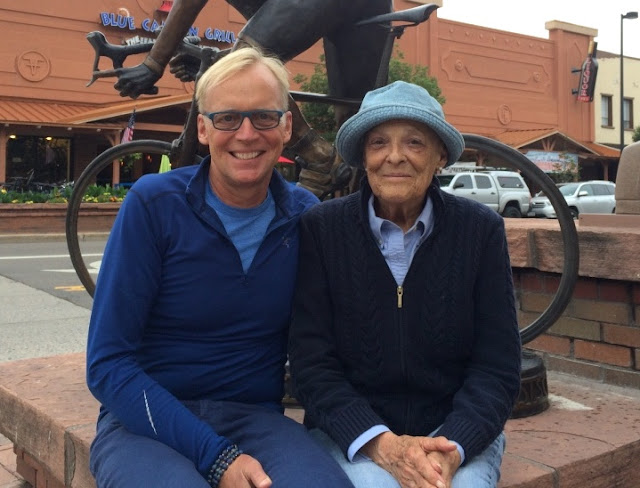 I miss Phyllis. She was one of the few people who knew about and "got" Mark and I's relationship and about what we intimately experienced together during the post-diagnosis journey. She knew where we had come from and the landscape we were passing through. She was someone with whom I could share, and I keenly feel her absence.


I've thought about her these past few days as I've been in New York visiting friends. I've thought about taking certain pictures of things that I've found interesting because I knew she would also find them interesting and appreciate me sharing them. Then I don't take the pictures because she's no longer here to share them with.

I have taken some, however, and I'd like to share them in memory of Phyllis. She would have loved me being here and would have been sure to share all her suggestions for what to see and do while I've been here.

My main purpose for coming was in my capacity as an executive producer of a documentary currently being made by my friend, Daniel Karslake. Entitled "For They Know Not What They Do", the film will pick up where Dan's first film, "For The Bible Tells Me So," left off, examining issues relating to conservative Christianity and gay and transgender people. We held a fundraiser for the film on Thursday night in Manhattan, and Dan is doing a screening of "For The Bible" later today at Rutgers University. 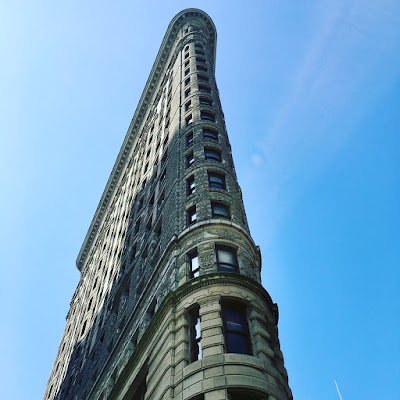 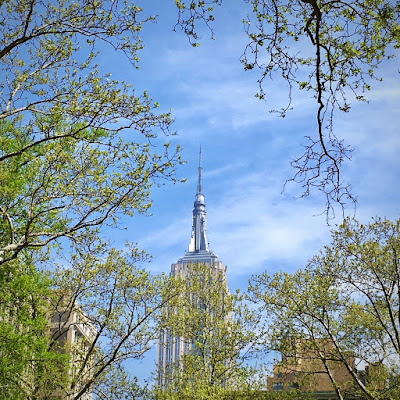 Phyllis thought it was great that I've been taking wine courses. There was nothing she loved more than a glass of good Cabernet Sauvignon. Now, whenever I travel out of state, I usually always head to wine stores to find some goodies to take back home to Utah. Wine has become my souvenir of choice, and one of the first places I headed to on Friday was the wine store next to Eataly off Madison Square. I just started a course on Central and Southern Italian wines, and I wanted to find a bottle of wine from the province of Marche - unavailable back home - to share with my class. It will be very rewarding to taste on Wednesday what our text describes as one of Italy's "finest and most age-worthy wines": Castelli di Jesi Verdicchio Riserva DOCG. 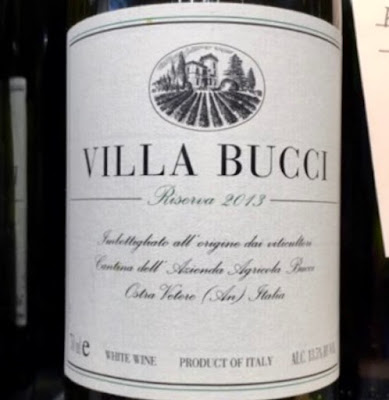 From there, it was off to another wine store to purchase a couple of bottles of Pinot Noir to share at the next meeting of some of my wine friends (a shadowy organization dubbed "The European Bootleggers Club"). German Pinot is unavailable in Utah, and the selection of Burgundy is somewhat limited, so I'm looking forward to tasting these two gems later in May: 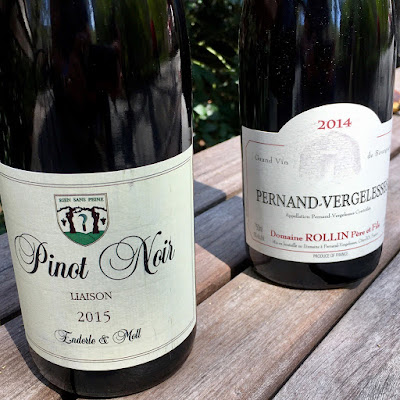 Another reason to come to New York was to hang out with my friend, Bob, whom I met last summer while on a gay cruise in Croatia and with whom I'll be going on a cycling trip in July. We had a great lunch on Friday in Greenwich Village, followed by ice cream, then spent much of the day together yesterday - walking through Central Park, going to the Guggenheim Museum, then enjoying dinner in the theatre district before seeing the new Broadway musical, "Groundhog Day." 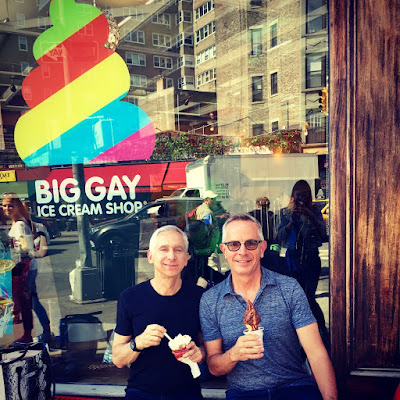 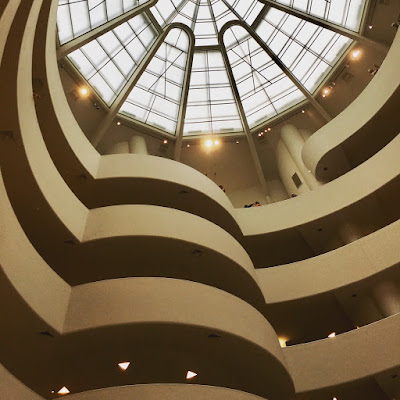 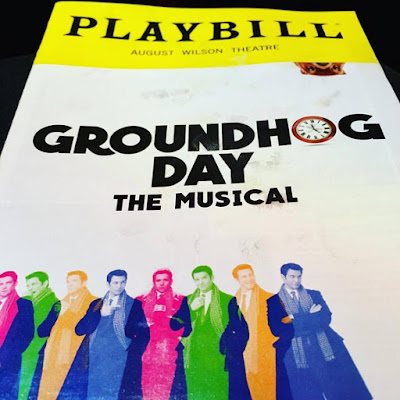 It's been a great weekend so far on so many levels, and I would have enjoyed writing Phyllis about it.